Before the epic vomitous episode of the wee hours of Monday morning, I did a big grocery haul for the coming week. I had really planned on hitting different stores than Aldi and Publix again, since I routinely also do a bulk of my shopping at Target, Trader Joe’s, Harris Teeter and sometimes the Stallings’ Asian Market (the mecca of Asian markets). A quick scan at my list let me know I’d most likely need 3 stops this week (ick). After leaving Aldi, Nora Beth and I made a pass through the Target parking lot, and the pre-Super Bowl crowd was crushing, so we quickly exited and were heading to the Asian Market, which would leave a measly 2 things to get at Publix. That felt like a lot of trouble when I could get everything I needed at Publix, and my toddler bestikins was nearing lunch and naptime. I detoured to Publix only and was punished with overcharges on my international ingredients (though I knew I would be), a coupon refusal, and less than helpful customer service. I pretty much hate that my total for the week was $107.70… not a bad sum, but it could have easily been $20 less. 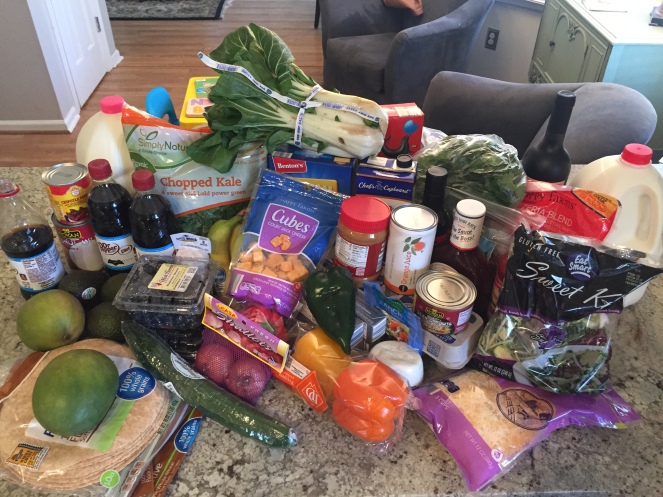 Here’s what we’re plating up this week:
Chili (no real recipe here but using a Frontera chili starter that we have on hand from Fresh Market as a base)
One Pot Lasagna
BBQ Beef & Mango Quesadillas
Thai Coconut Chicken Soup (recipe pictured below… this was my first “real” food after Monday, and it was perfect. NB loved it too. She ate the bok choy and chicken on a plate and request many “biii-s” of broth from my bowl)
Chipotle Orange Pork Tacos
Chicken Pad Thai 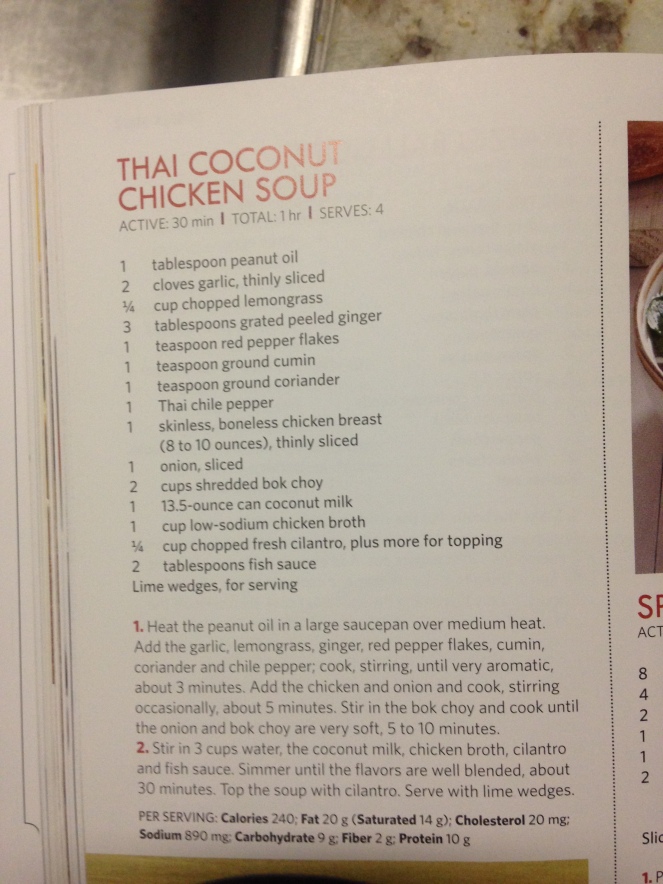 Things I didn’t need to buy this week for these recipes:
Salt + Pepper
Olive oil
Onions (the bag from Aldi last week took care of this week as well)
Pork (had 2 frozen ‘chops that were the right amount for the tacos)
Beef (had some frozen sirloin from a few weeks ago that will do just fine for the quesadillas)
Ground beef (had some frozen from last week)
Beans (always have plenty on hand)