It’s been a good week. I signed on a new client I start working with next week, and I’m THRILLED about the possibilities with them. It’s been a solid mix of fulfilling work and even more fulfilling time with my tiny best pal. It doesn’t happen all weeks… or even most weeks, but when it does, it is so good. Here are some tidbits from the last bit of time in our world. 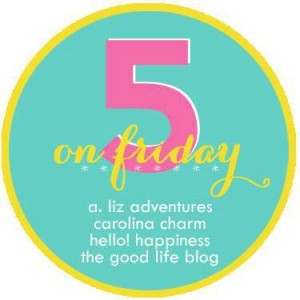 ONE.
On April 14, Davey and I celebrated four years of marriage. What a ride it’s been with this amazing guy by my side. Two years ago we learned we were pregnant with Nora Beth the day before our anniversary. This year, our anniversary eve was overcast with much sadder, harder news, but I’m so thankful that my husband is so constant through it all. We escaped for the night to Blowing Rock. We arrived right before lunch on Thursday, grabbed a bite with my mom and aunt, played Upwords while NB napped, then went on a hike followed by an excursion around a lake to visit the “duckies,” and exercise our “kack-kack” and “honk honk” sounds before our dinner reservations. My mom graciously stayed in the cabin for babysitting duty, while we sneaked away for a picturesque and delicious meal. We packed up and hit the road by 9 on Friday morning and were home before lunch. Perfect.

TWO.
Nora Beth turned 16 months old on Monday, and it seemed like the perfect day to take her for her first haircut. Baby girl’s hair is stick straight and fine, and the rat tail in the back was getting a little, ummm attractiveness-distracting. We stopped into Doolittle’s at Stonecrest, and Miss Mary was happy to help. She gave her the most precious little bob, and our girl was such a champ. She was happy but very serious… and then the blowdryer came out, and things fell apart. She did let Davey and I take turns holding her while Miss Mary styled her coif. I can’t get over how precious she is. 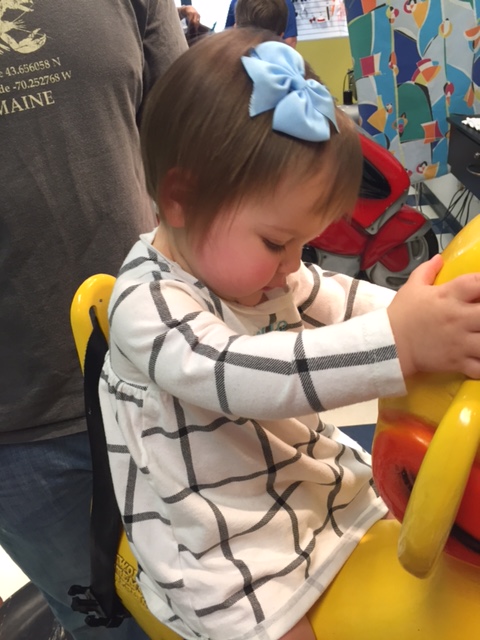 THREE.
Friend time. After the hair appointment, we jetted over to Squirrel Lake Park for a lunch picnic with our favorite friends Ann and Frances. I am all about picnics in the sunshine and warm weather we’ve been having, and the girls seemed to love it too… well, until I wouldn’t let NB “pat pat” the geese. Freaking moms. Yesterday we joined this twosome again to walk from their house to Cotswold shopping center. The girls spent almost an hour exploring at Toys & Co before we grabbed them each a quesadilla and made our way back. The most enjoyable 3.5 miles I’ve traversed recently. Also, did you know how cool water fountains are? 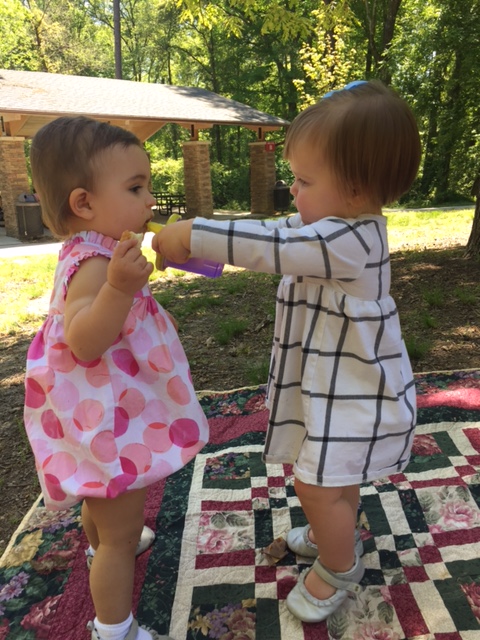 FOUR.
My week has also been filled with lots of serial killers. In her DitL post earlier in the week, Kate recommended the podcast All Killa No Filla, and because I think Kate and I should/would/could be fast friends, I immediately downloaded it and have been listening nearly nonstop. If you like crime, dry hilarity, and British accents, this is your goldmine. Recommending podcasts is like picking music for the car during your first trip with a potential friend or date… completely nerve-wracking and vulnerable. Will they love this? Hate this? What does it say about me? 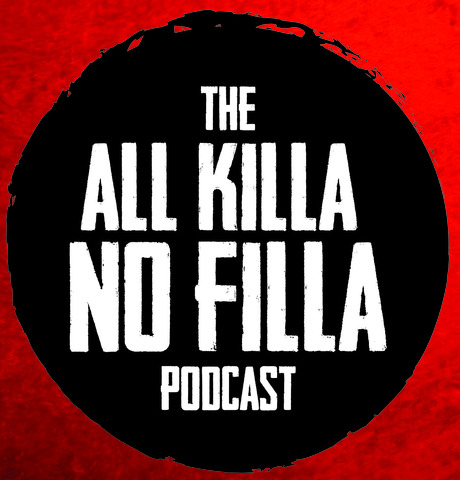 FIVE.
Speaking of that feeling, it’s really similar recommending recipes to other people. For instance, I have been obsessed with this smoothie from Julie at Peanut Butter Fingers this week and suggested my mom try it (she’s training for a half Ironman, because she’s a bad ass, essentially). She hated it. This was the second or third breakfast thing I’d urged her to try, and the second or third total fail. Ugh. Anyway, I cautiously suggest you make this. It was a great dessert alternative one evening and a delicious breakfast the next. For me. Not my mother.

SIX.
No one talks more than Nora Beth Arey. No one. Girlfriend is nonstop. Yesterday morning she dripped milk all over her carseat cover, and since I’ve made the mistake of letting it dry and dealing with it later two too many times now (y’all… it reeked), I pulled it off, put her down for a nap and totally meant to wash it while she was asleep. Well. I forgot. I got down to work and totally forgot until we were walking out the door, and I remember it was bundled up inside the washer, not started. I yelled, “CRAP!” and my chunky mockingbird threw her hands in the air and yelled “CWOP!” Sigh.

She’s also very into coloring as well as using our fingers to point out things in her books. She is totally obsessed with Panda Bear, Panda Bear, What Do You See because it has a monkey in it, and most importantly, it features a buffalo (BUFFAFO!), which she has loved since her trip to Lazy 5 Ranch with our nanny’s family. At the end of the book she likes to be asked where the different animals are and will grab my finger and use that to point them out. Earlier in the week she had my finger, saw my nails were painted, and after some time studying them, turned my finger over, so my nail was on the page and she rubbed it all over the page saying, “Cull-werr! Cull-werr!”