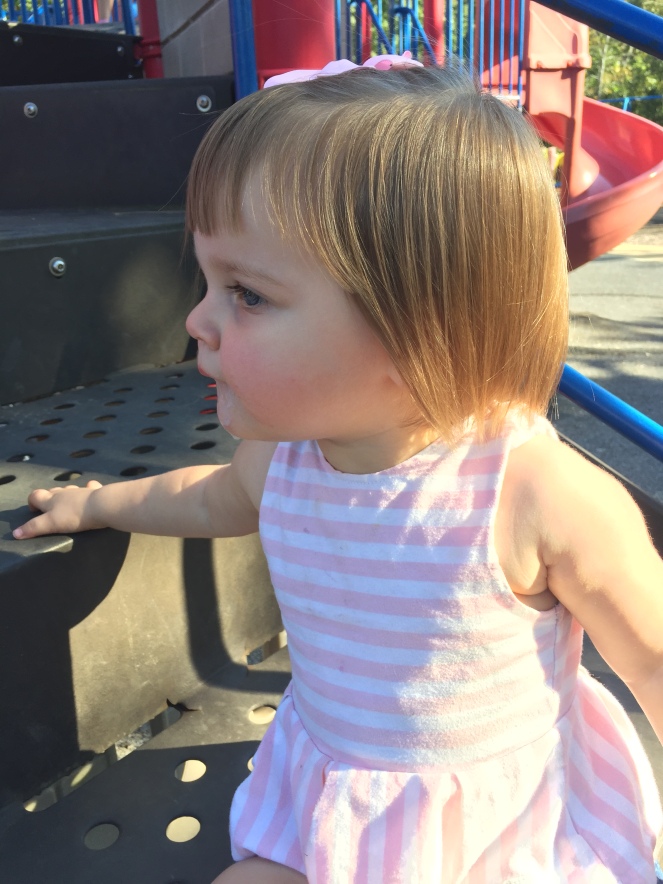 October 15th marked pregnancy and infant loss awareness day. It’s a day that has always played around my periphery as we walked through infertility, but I never expected to commemorate it in my own heart like I did this year.

I constantly wrestle with how much to talk about the loss of that baby… it’s fresh and real and relevant to me, but is talking about it again just hyperbolizing something that all-too-many women walk through, that in all honesty, was small on the scale of stories of loss that I’ve heard since sharing ours? Recently, my friend Jen tragically lost her brother and has been addressing it very thoughtfully on her blog. Something that she mentioned in a post last week was “how much talking is too much talking,” and her fiancé answered that as long as she had something to say, she should. That resonated with me as I still walk through the pain and grief and bizarre reality of miscarriage and pregnancy loss.

Some days it feels like it never happened. It feels like something that I watched on TV while I was taking a nap so only heard bits and pieces of. I never forget that it happened. I’ll never forget the first ultrasound. Or the second. Or the third. Or pumping milk for Nora Beth before receiving the anesthesia in the surgery center. Or waking up and feeling the most ominous sense of “it is finished.” Or trying to feel normal eating my High Flyer at Flying Biscuit afterward. Or trying to figure out what a mother is supposed to do next when part of her heart was just evacuated from her body.

I’m nothing if not competitive, and much of my life is structured around getting the next thing accomplished and crossing three things off my to-do list in the time it should take to do one. My processing of the miscarriage took on a very familiar and probably unsurprising shape: get pregnant again. The prospect of pregnancy after miscarriage feels like losing a leg at mile 25 of a marathon and being told that you have to start back over and do it now without a limb, but I think I wanted to outrun the pace car of pain with my name on it, so I dove into our appointments and treatments with fervor. And each cycle that didn’t work risked doubling down on my pain, so I just kept running ahead.

And now I’m knocking on the door of my third trimester, and you know what I’ve stayed ahead of? Not a thing. Not the pain, not the reality, not the grief, not the guilt, not the fear. I accomplished nothing. But God is doing a work in me.

When I’m the most honest with myself, the strongest lingering emotion in my heart is resentment. Resentment toward that baby who didn’t hang on. Who didn’t let me love it properly or get to know it at all. Did he or she prefer that I eat Pad Thai or ice cream? Sleep on my left side or my right? Want to be a chef or a pilot? Who will forever be a dreaded “it,” because I’ll never know its gender or name. After 32 futile months of trying to get pregnant, why tease me with a miracle only to watch it vanish? That 1 temporary positive was infinitely more painful than 32 negatives. “Not pregnant anymore,” is horrifically harder than “not pregnant yet.”

And even right now, I’m typing and swiping my tears while a tiny little lady is thumping inside of me, making her presence known. I don’t know her name yet, but I adore her. And I wouldn’t have her if my plans had materialized like I thought. And it is enough. Because of the loss, I recognize all-the-more the very miracle in her make up. There is not one molecule inside of her that God didn’t breathe to life. There is not one cell in her body that I will take for granted, because there is tiny tomb inside my heart marking the life that couldn’t be part of us out here, that is a reminder of the jewels He has entrusted to me.

On Christmas night of 2013, my heart broke in a way it hadn’t until that point as I realized that we were just starting our fertility path, and in all likelihood, there wouldn’t be a baby in our arms the following Christmas of 2014. But God. In all of His wonder and might, brought Nora Beth into the world on December 18, 2014, and 1 week later we rocked her to sleep on Christmas night, a steadfast reminder of His faithfulness.

On October 29, 2015, my second baby was removed from me, and I didn’t understand what it would take to have another. I couldn’t imagine the fatigue of crossing that starting line again when the finish had been so close. But on Saturday, October 22, 2016, my most precious friends and family will gather around and celebrate this gift and her magical, supernatural creation. He is  a God who gently nudges and asks us to remember His goodness.

The ugliest human part of me wants to remember the injustice, the unfair goodbye, the loss, but the part of me that is a daughter seeking her Father, will nestle in and allow the still-broken shards of my heart to be soothed by the reminders of His love. “For every fear, there’s an empty grave… for the Risen One has overcome.” I don’t have a grave for that baby, but because of His great promises to me, I don’t need one. I do not need a permanent marker of the fear and sadness and grief. Instead, what I’m endlessly working to build is a tabernacle made of all that I have and all that I was created to be to thank Him for the miracles He has knit and will be knitting for us. His plans are whole and full and just. There is no injustice in anything that He has ordained for me. One look at my daughter(s), assures me of that. He has overcome, and through His mercy, He has made me an overcomer as well.